ALL 2: Prognostic Value of IKZF1 Gene Alternations in Adult BCP ALL

Alterations in the IKZF1 gene (deletions and point mutations) may be markers of poor prognosis in adult BCP ALL but there is currently no consensus clinical in treating IKZF1-altered disease. Establishing the true prognostic value of IKZF1 has thus far been confounded by genetic, methodological and therapeutic issues - as well as the low number of samples analyzed in previous studies. 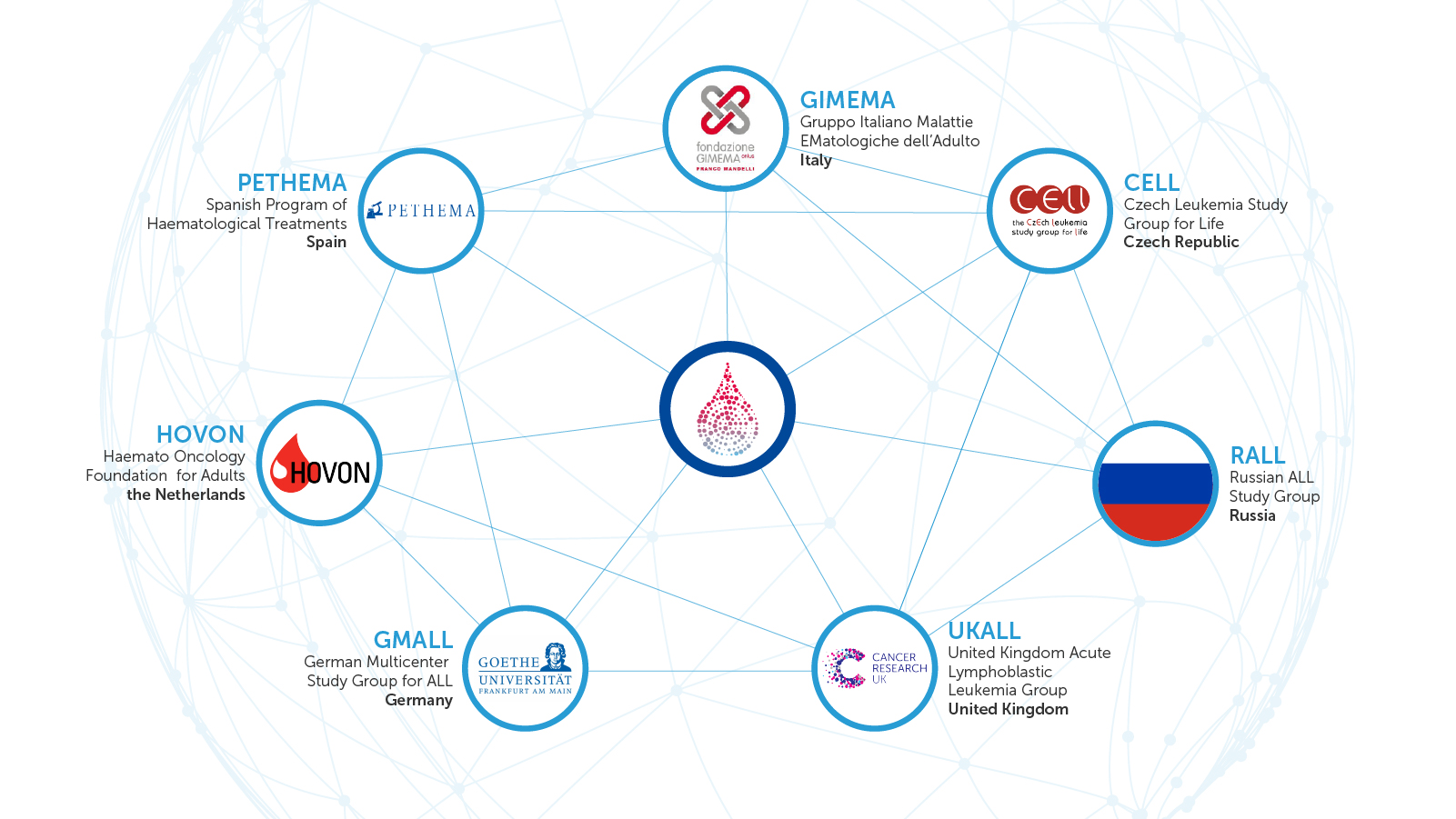 This project, which commenced in July 2019, is investigating the prognostic significance of IKZF1 alterations in adult BCP ALL patients treated with standard therapy or immunotherapies. Datasets are being collected from adults (≥18 years old) with known IKZF1 status. The impact of IKZF1 alterations at diagnosis and in relapse scenarios will then be evaluated separately, after completion of the project.

Although curable in the vast majority of childhood cases, outcomes in adult patients with B-cell precursor acute lymphoblastic leukemia (BCP ALL) remain suboptimal, with cure rates of only 40‒50%. Key prognostic variables include age, white blood cell count at presentation and more importantly, achievement of low levels of minimal/measurable residual disease (MRD) during treatment. Underpinning all of these are genetic factors, which play a widely-recognized and critical role in the prediction of disease evolution.

BCP ALL is a genetically diverse disease characterized by seven main cytogenetic subtypes according to the WHO. In addition to primary abnormalities that determine subtype, hematological cells must also experience a secondary genetic event to tip them into overt leukemia. One of the most common of these ‘secondary leukemic hits’ involves alterations in the IKZF1 zinger finger gene, also known as Ikaros. IKZF1 encodes a transcription factor which is critical for normal lymphocyte development. It also plays a key role in tumor suppression and helps to moderate the ATP energy reservoirs available to cells for proliferation. The IKZF1 gene is mainly affected by deletions(loss of DNA), but changes in single nucleotides (point mutations) can also occur. Active debate is ongoing in the clinical community about the impact of these gene alterations on patient prognosis in ALL and their link to adverse outcomes. Deletions in the IKZF1 gene, in particular, have been linked to treatment resistance, both to conventional chemotherapy and newer targeted therapies such as tyrosine kinase inhibitors (TKIs). There is also some evidence to suggest that IKZF1 deletions may be key drivers of disease relapse.

A number of studies have already investigated the predictive value of IKZF1 gene mutations in the adult BCP ALL population. However, results have been hampered by the small sample sizes, disparity in the genetic make-up of the patients analyzed, differences in the methodologies used to detect deletions and treatment heterogeneity. One of the most intriguing unanswered questions remains whether IKZF1 alterations act as independent prognostic predictors of MRD and, if so, whether clinicians should change or intensify their treatment strategy when faced with an IKZF1-deleted patient.

This project will harness the power of the HARMONY BigData Platform to explore the prognostic significance of IKZF1 gene alterations in the largest series of adults BCP ALL patients ever analyzed. HARMONY offers an unparalleled opportunity to examine samples from a significant number of homogenously treated patients, with the statistical power to meaningfully compare subgroups. Datasets (~1,400) from adult patients with known IKZF1 status will be collected and the prognostic role of IKZF1 alterations assessed both at diagnosis and disease relapse. The primary objectives will be to determine if the prognostic impact occurs independent of MRD in newly-diagnosed patients and analyze the prognostic significance in patients with relapsed/refractory BCP ALL treated with salvage chemotherapy or immunotherapy. The study will also shed light on important secondary areas of interest such as the prognostic value of IKZF1 in different patient subgroups and the interplay with treatment modalities such as stem cell transplant.

After years of clinical confusion, this study aims to provide ultimate clarity on the reliability of IKZF1 as a prognostic marker in adult BCP ALL. Results will have relevance for the day-to-day care of patients with IKZF1-altered disease, helping tailor treatment decisions and marking another important step towards the future of personalized medicine.